It’s looking like over a million acres of canola will be or has been reseeded in Western Canada this year, with frost in Manitoba to blame for the majority of those acres.

“We’re still getting a handle on how much seed actually moved into the affected areas. We know that between what the retail network moved and what we shipped into position, the volumes were substantial,” said Blaine Woycheshin, Bayer CropScience’s manager of oilseed crops — InVigor Seed, on Tuesday. “We estimate that the reseeded acres of all canola could be anywhere from 1 million acres to as high as 1.5 million acres.”

At DEKALB, they’re saying between three to five percent of overall canola acres are being replanted, which based on the last Statistics Canada projection of 19.25 million acres of canola, is in line with just under 1 million acres. “That is consistent with what we are seeing in the DEKALB brand as well,” noted spokesperson, Trish Jordan.

Manitoba Agricultural Services Corporation, as of June 9, had received 2,934 crop insurance reseed claims, with farmers asking MASC to assess 999,000 acres (that doesn’t mean they will all be reseeded.) Over 90 percent of those acres are canola, said David Van Deynze, MASC’s manager of claim services. The actual reseeded acres will be known after growers submit their seeded acreage reports later this month.

Several other canola seed companies, as well as Saskatchewan and Alberta’s government crop insurance agencies, were still working on compiling reseed data or have yet to respond to our inquiries. 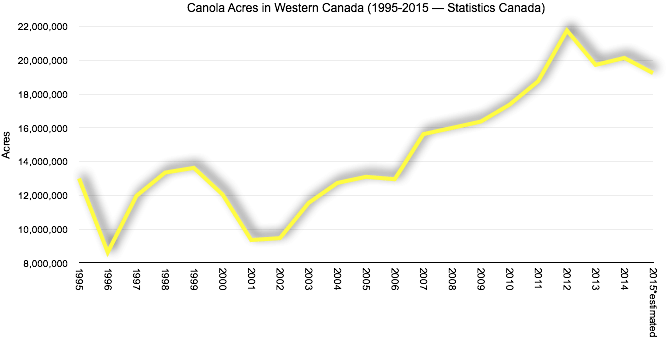 Temperatures dropped well below freezing in much of western Manitoba on May 30th: 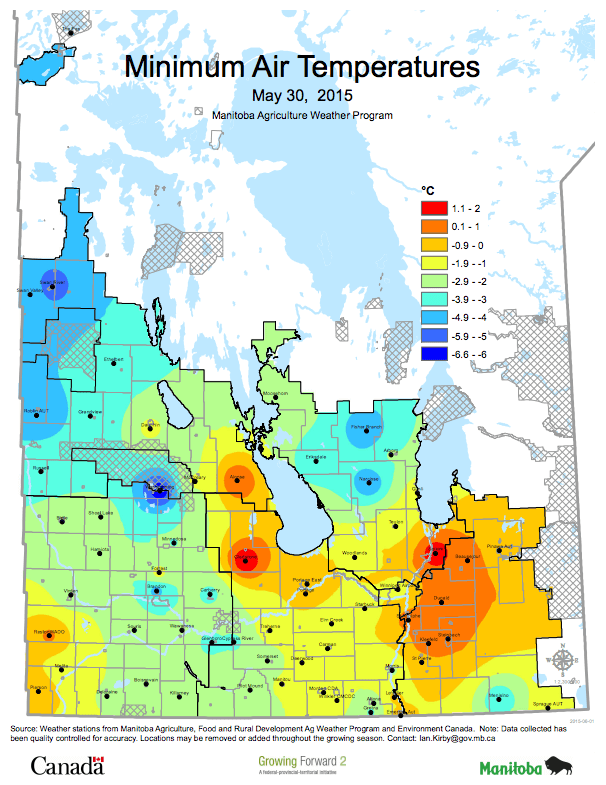