Grain and oilseed markets were green across the board on Tuesday after the USDA and Statistics Canada dropped a heavy load of new information into the market.

The USDA released updated acreage and stocks estimates while StatsCan shared its acreage projections based on a farmer survey in early June. 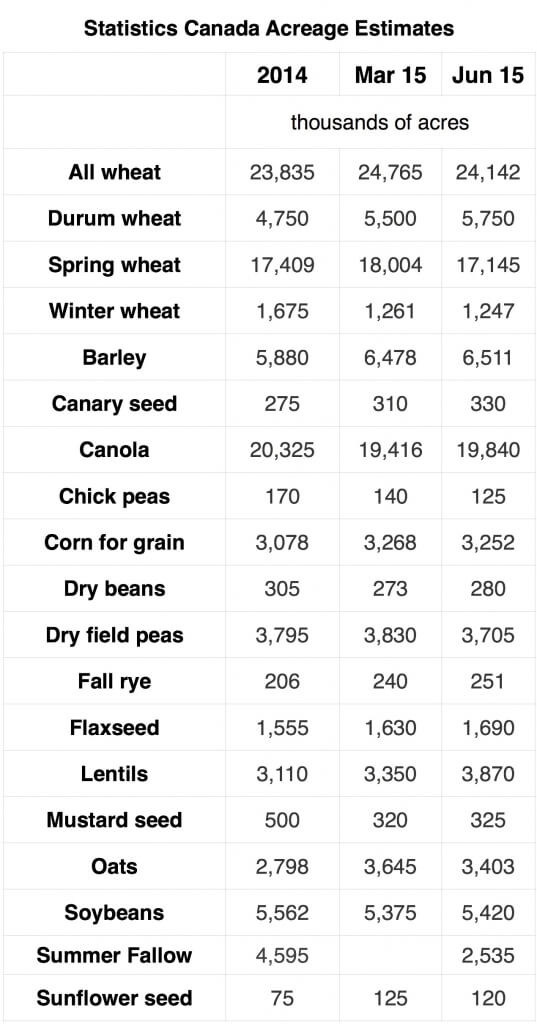 “The (USDA) report was friendly to soybeans in terms of old crop stocks coming in a little tighter than expected. They were not what you’d describe as aggressively bullish if you looked at the numbers just on the surface, but certainly the market grabbed ahold of it and really ran,” explains Jonathan Driedger of FarmLink Marketing Solutions in our audio conversation above. “Corn was up aggressively. Wheat took a little while to get going, but it followed higher as well.”

Although the StatsCan canola projection of 19.8 million acres was up from the agency’s initial acreage estimate in April, canola values climbed in sync with soybeans. Driedger notes weather conditions in both the U.S. Midwest and Western Canada were not fully accounted for in the reports.

“The things that don’t show up in today’s USDA report include whether acres don’t get seeded because of too much moisture through chunks of the Midwest or what potential yield outcomes are and so forth,” he says.

So will prices stick at these levels? Has the dryness in Western Canada been accounted for? Check out the audio above for more.