After ramping up efforts to test for clubroot disease over the last year, Manitoba Agriculture, Food and Rural Development has confirmed the presence of the nasty soil-borne pest in 48 fields within the province.

The provincial ag department has released an updated map showing positive clubroot cases by rural municipality (see below), while noting “positive findings have been at low spore concentrations and sporadic throughout the province.”

Keeping in mind less than five percent of Manitoba farms have been tested for clubroot, the map classifies RMs by the maximum spore concentration found in each jurisdiction. Only two municipalities — Louise and Westlake-Gladstone — have seen test results with more than 80 thousand spores per gram of soil or actual clubroot symptoms observed in fields. 18 municipalities have seen counts between 1,000 and 80 thousand spores per gram, while the majority of RMs are still testing below 1,000 spores per gram. At this lowest level, MAFRD says “clubroot is not a major concern, but fields should be monitored over time. Retesting is recommended within the next five years to determine if concentrations are increasing.”

Canola School: Getting Tested for Clubroot

As a rule of thumb, 100,000 spores per gram of soil are required to see clubroot symptoms in the field, but it’s possible lower concentrations can also result in symptomatic canola plants.

MAFRD is recommending all fields in the province get tested, regardless of RM classification. 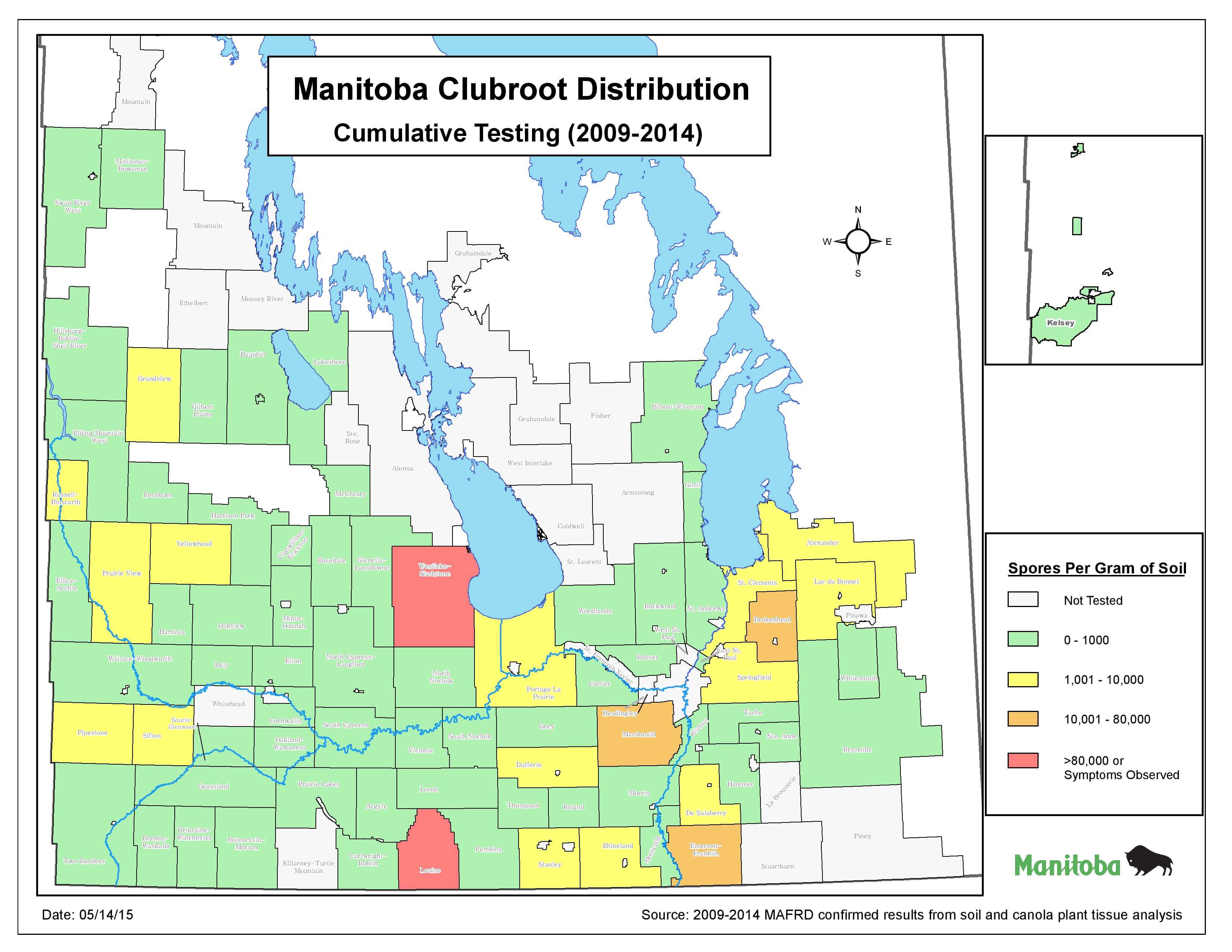