While the Groundhog Day forecasters across Canada are sending mixed messages about what kind of weather to anticipate for the next six weeks, the senior meteorologist with World Weather Inc. says farmers in Western Canada should expect more of what they’ve been getting.

For the eastern side of the prairies, that means surges of cold air and a drier bias, with temperatures tilting toward the warmer side as you move west, says Drew Lerner, in the interview posted above. 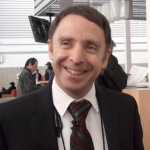 “The weather pattern is really not going to change much over these next few weeks. What we’ve been seeing is probably what we will be seeing,” he explains. “The eastern areas will probably have more of a cool shot of air periodically, whereas Alberta and the western part of Saskatchewan probably will have a warm bias. We expect the precipitation to continue fairly often along the front range of the Rocky Mountains in Alberta and maybe reaching down to southwestern parts of Saskatchewan, but most other areas will only see brief periods of precipitation.”

From a moisture perspective, he says much Western Canada will be well set for seeding in spring.

“I think for the most part we’ll come into spring in relatively good shape, better than we’ve seen in recent past years,” he says, noting he expects shots of cold weather to continue on the eastern side of the prairies during planting. “I do think there will be a chance for some late season frost and freeze events occurring in some of the eastern parts of the region.”

Lerner will be sharing his forecast for the upcoming growing season, including why he thinks dryness during the heart of summer is a possibility, at the CropConnect Conference in Winnipeg on February 18th (here’s more info on the conference and how you can register.)