Acres that were penciled in for wheat back in December might get switched to canola in spring, depending on how much weight farmers put into the price relationship between wheat and canola, says the vice-president for oilseeds with Louis Dreyfus Commodities.

Brian Conn says back in November and December, they were expecting a decline in Canadian canola acres of up to 10 percent compared to last year. The company (which buys canola for processing at Yorkton) is now projecting a decline of 4 to 5 percent, with around 19.4 million acres being seeded to canola this spring. 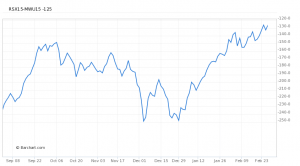 “Particularly from the end of October through the end of December, the price relationships were not in favour of canola. We would have called area down quite a bit more than we are right now,” he says in the above video. “But what we’ve seen since Christmas is a trend higher in canola values, both in absolute terms, but also on a relative scale versus wheat.”

There’s also talk that farmers have held off on finalizing planting decisions this winter, meaning the shift in the canola-wheat price relationship could have a greater impact than in other years, noted Conn at the Grainworld outlook conference in Winnipeg this week.

“With growers not having made all their decisions quite in the normal timeframe, there is still some time to do some late acreage switches going into the planting season. Normally at this time of year, the ratio doesn’t mean quite as much, but we think there’s still some room for perhaps canola to come back into the rotation,” he says.

Conn also discusses several supply/demand factors at play in the canola market, including the bearish impact of large global soybean supplies and growth in domestic crush demand (to the point where domestic crush might match canola export demand in the next year.)