More than $10 million in government and producer funding for crop-related research was announced during the CropSphere meetings in Saskatoon on Tuesday. 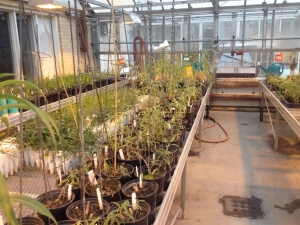 “Investments in research have long-term benefits for the agriculture industry, leading to the increased competitiveness of our industry in the global marketplace and better returns for our producers,” noted Stewart. “I look forward to the new tools, knowledge and technology that will result from this year’s ADF projects.”

In addition to the government dollars, many of these projects are also receiving third party funding through producer organizations such as the Western Grains Research Foundation, the Saskatchewan Wheat Development Commission, SaskCanola and the Saskatchewan Pulse Growers. WGRF is the largest co-funder, announcing $4.4 million for 34 crop-related projects on Tuesday.

For more information, have a look at the complete list of ADF-funded projects, with the amounts being contributed by co-funders such as WGRF and other commodity organizations.

Don’t miss a post from Real Agriculture! Sign up for our customizable (and free!) email updates here.