Research into the role of inputs in field peas has often looked at each individually, with little known on the effects of combining inputs.  The Western Applied Research Corporation (WARC) looked to change that with a study that’s wrapping up this year. 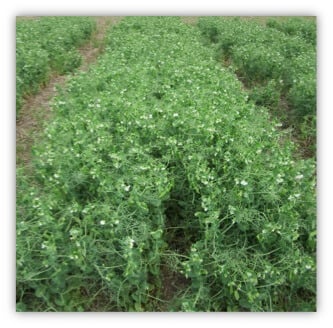 Over the past three years, trials have been conducted at Scott, Melfort, Swift Current and Indian Head, Saskatchewan. The trials involved 22 treatments, from an “empty” input package (seeding rate: 60 seeds/m² + liquid inoculant) all the way up to the “full” input package, which received a high seeding rate (120 seeds/m²), foliar fungicide, seed treatment, starter nitrogen and granular inoculant.

“Those three inputs generally increased yields at the high-yielding sites when applied alone and are additive when you apply more than one of those inputs in combination,” Grenkow says in the following interview, stating that they also saw less variability in yield with those inputs. “Adding more inputs will actually stabilize yield at high-yielding sites like Scott and Melfort.”

In this episode of the Pulse School, Grenkow provides an update on the study, expanding on some of the findings and giving an idea of the economic analysis portion. In addition, Grenkow explains what these findings mean for farmers.