Grain Farmers of Ontario met December 18, 2014, with government representatives to ask the provincial government to abandon the proposed seed treatment regulations and, instead, “support an approach that will work for the complexities of both grain farming and bee keeping.”

“Family farmers need your commitment to agriculture now,” says GFO of the provincial government, in a press release following the meeting. 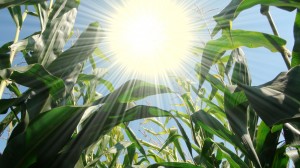 “Grain Farmers of Ontario will not have any part of discussing the implementation of unscientific, ill- informed regulations that will put the Ontario grain industry in a dire situation. The proposed regulations do not focus on pollinator health and bee keeping practices, are not conducive to environmental stewardship, and are positioned to end family farming across the province,” says the GFO.

Ontario’s agriculture minister Jeff Leal said, in a statement, “It’s important that I, as minister, have an opportunity to listen and learn from those who are directly impacted by government decisions. Participating in consultations like this one is an important part of the democratic process. I cannot stress to you enough how important these consultations are, and that anything said otherwise couldn’t be further from the truth.”

“To reject consultation on the basis that our partners positions are not worthy of consideration is a counterproductive approach that will impair, not enhance, the opportunity to develop and implement common sense approaches to the challenges we face,” says Leal.

Ontario’s grain farmers ask the Premier and the Ontario government to come back to the table and collaborate on a real solution to protect pollinators and the environment. Grain Farmers of Ontario has established a Pollinator Task Force with many stakeholders, including bee keepers, and will be consulting farmers across the province throughout January. Feedback from the grassroots will be provided to government in 2015.

“The issue of pollinator health impacts every Ontarian. The development of public policy is of concern to a wide range of stake holders, both within the agriculture industry and beyond. The commitment made by our government is balanced, taking into consideration the need to protect pollinators and ensure the viability of crop production,” says Leal.

The minister also said that he believes a “precautionary response to possible risks” associated with the use of neonicotinoid pesticides “appropriate,” given that the “scientific examination” of this issue isn’t complete. Minister Leal says that his government’s approach “recognizes that the use of neonicotinoid pesticides can be an important tool for producers in certain circumstances,” and that the policy “does not ban its use, nor does it set hard targets, rather it suggests an aspirational goal of 80% to work towards.”

Leal notes that a “robust and constructive conversation” is necessary to ensure that government implements a “realistic and practical system that aspires to our goal to reduce the use of neonic treated seeds.”