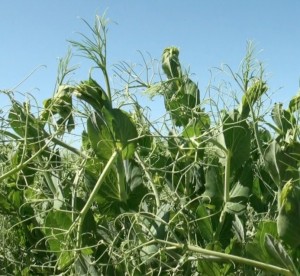 Have you heard of the United Nations’ (UN) “International Year of…” designations? The UN has put together various observances, as far as three years out, in an effort to help it reach its objectives on things like food security, for example. This year is the year of the family farm. Next year is the year to celebrate soil. And the year after that, 2016, has been named the International Year of Pulses.

Seeing as Canada, and specifically the west, is such a huge producer of pulses, this is a big deal. For those of you wondering what the UN designation can do for a crop or cause need only look to quinoa, which enjoyed its designated year in 2013. Many had likely never heard of the grain before, and now, in 2014 there are farmers growing it on the Canadian Prairies. (Click here for a video on the potential for the Canadian market and in-crop management of quinoa).

Allison Ammeter has been named as the chair of the Canadian committee for the International Year of Pulses (IYOP). Ammeter farms at Sylvan Lake, Alta., and is a board member for the Alberta Pulse Growers. Real Agriculture’s editor, Lyndsey Smith, recently sat down with Ammeter to talk about what IYOP could mean for Canada and Canadian farmers, and why pulses hold such promise for a wide spectrum of people struggling with either too little or too much to eat.

If you’d like to get involved with the International Year of the Pulse here in Canada, drop us a comment below or email Lyndsey at [email protected] and she’ll put you in touch with the Canadian committee.

If you can’t see the embedded player, click here.